On the 10th of July, 2008, upon the request of Msgr. Guiseppe Nazarro, the first Servants arrived in Aleppo. They were the Mother Myriam Ieshua, and Sisters Mariam al Mutaalema and Mariam a-Sama.

For some years, until the construction of the cathedral of the Child Jesus, the sisters’ work was especially directed toward university youth at the residence of Our Lady of Perpetual Help. The youth came from different parts of Syria, especially the poor regions of the north. As it was located very close to the city’s university, the residence housed more than 40 girls.

In 2009, with the departure of Sr. Mutalema, Sr. Maria Hilbis came to the mission.

In 2010, Sr. María de Guadalupe arrived and later formed choirs according to the different ages of the members.

When the Cathedral was built, the sisters dedicated themselves also to attend to the parishioners, the majority of whom were from Christian families who lived nearby the Cathedral. The Masses on feast days had such a turn out that those who wanted to participate needed to arrive early in order to find a seat.

Throughout these years, the sisters were able to dedicate themselves to work with children and youth, by means of camps, meetings, recitals, plays… They were years of very intense apostolate.
When the war began, the apostolic activities decreased; the flight of Christians and the lack of security obliged the sisters to protect themselves… the number of university students decreased little by little as their parents did not want to risk their daughter’s lives.

In January of 2013, Sisters María de Guadalupe and María Anjilo were witnesses of an attack on the city’s university which took the lives of many persons, among them Sr. Rima, a religious pertaining to the congregation of Dorotheans. This event profoundly impacted the sisters.

The war seemed like it would never end, but the sisters decided to remain in order to accompany the Christian families. In 2014 there was a new change in the members of the community: Sr. Anjiloy would leave Aleppo and be replaced by Sr. Mahabba. At that time it was not safe to make changes, but for the good of souls the risk had to be run.

After an intense interval at the mission, characterized by bombings, shortage of electricity and water, the sisters left for several months. They returned to the mission with one more missionary, Mother María de Nazareth.

It is noteworthy to mention that the sisters, due to the circumstances, were obliged to move farther from the neighborhood where they had lived in order to offer assistance to the families who were suffering from the war. Thanks be to Divine Providence, the assistance that they offered was not only spiritual but also –in so far as possible– they offered material help. “Succor Christ in the person of the poor.” In 2015, almost one year after Sr. Guadalupe left the mission, a new missionary, María Sponsa Iusti Ioseph arrived.

In this period, the three sisters who remained accomplished activities with the families who still remained in the city. The Church came to be for many of them a place of meeting and of rest, since –on account of the reigning insecurity– the Church was for many the only opportunity for a bit of distraction. Often the sisters were surprised in the night by heavy bombing. It was very common for them to live with headaches and tiredness, but nonetheless they continued receiving and helping those Christians who had remained in Aleppo.

During the General Chapter of 2016, there was a new change in assignments and Mother Nazareth was exchanged for Sr. María Laudis Gloriae.

We continue helping various families, receiving girls for the university residence, and promoting activities at the Cathedral, trying to give glory to God and continue working hard for the salvation of souls, sharing the unceasing desire that has maintained our beloved missionaries over these 10 years. Our mission here is especially directed to help maintain the presence of Christians in the Middle East.

To those who began this mission 10 years ago, we thank you for not being elusive to the missionary adventure, for having gone before us in the labor for the harvest. We also give thanks to all the priests of the IVE who throughout these years have accompanied and assisted us in the work for souls.

God bless our missionaries who in these 10 years have labored to extend the kingdom of God, here in Aleppo.

Servants of the Lord and the Virgin of Matará, Aleppo-Syria 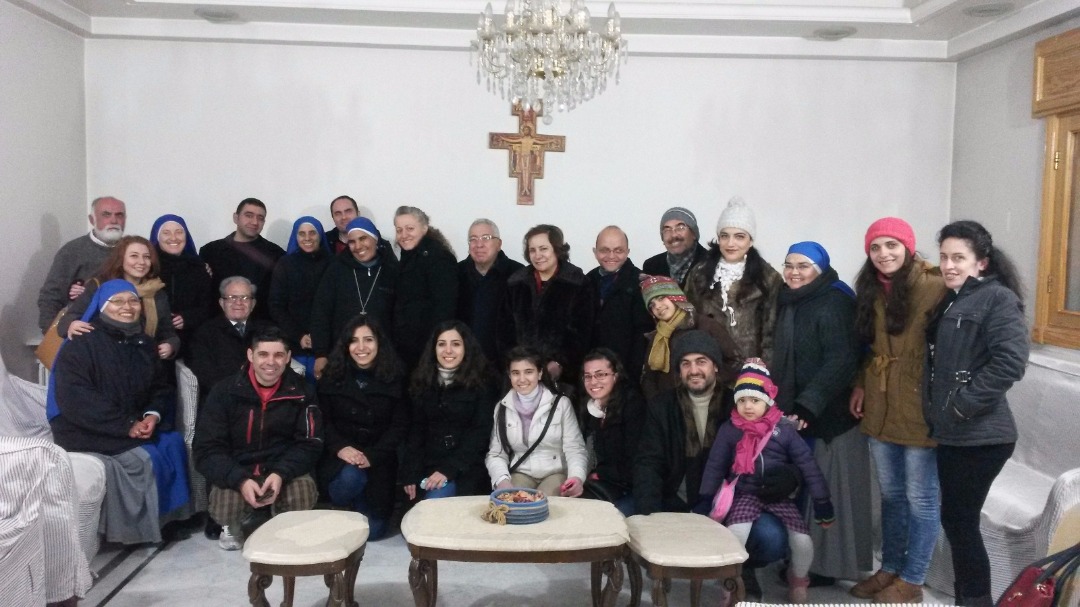 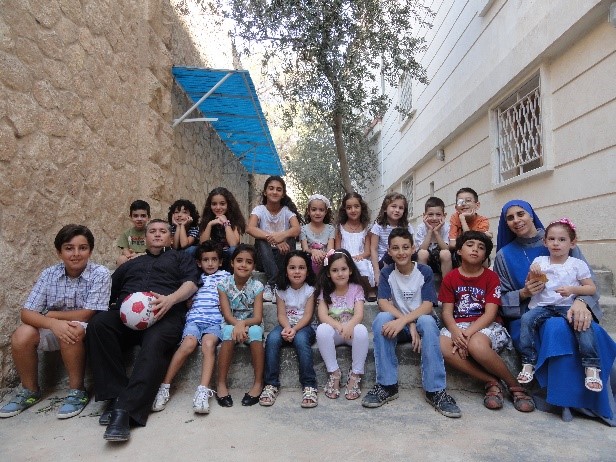 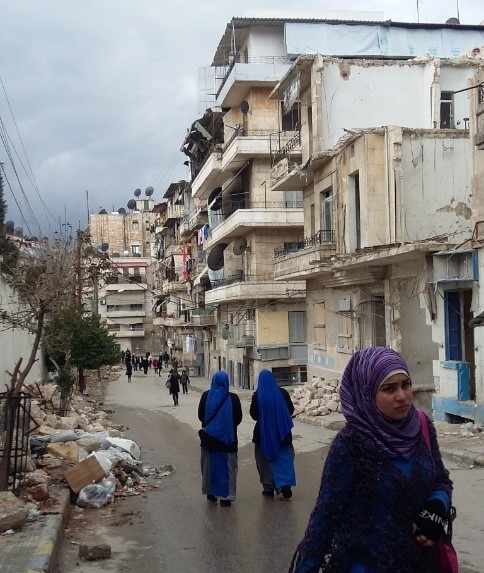 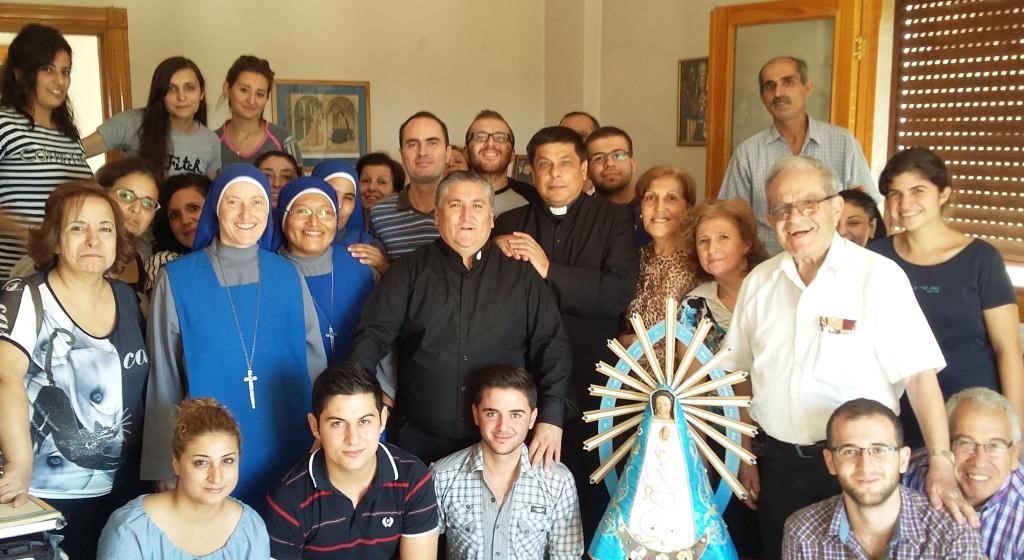 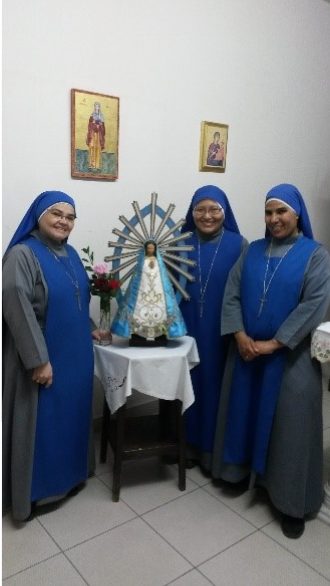 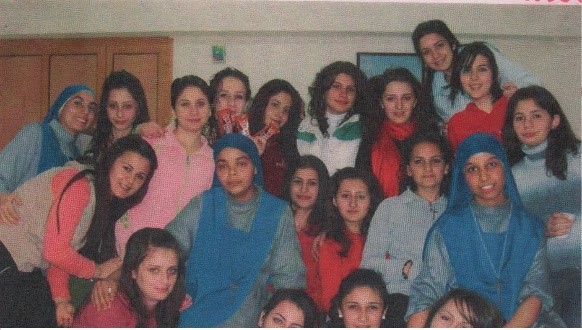 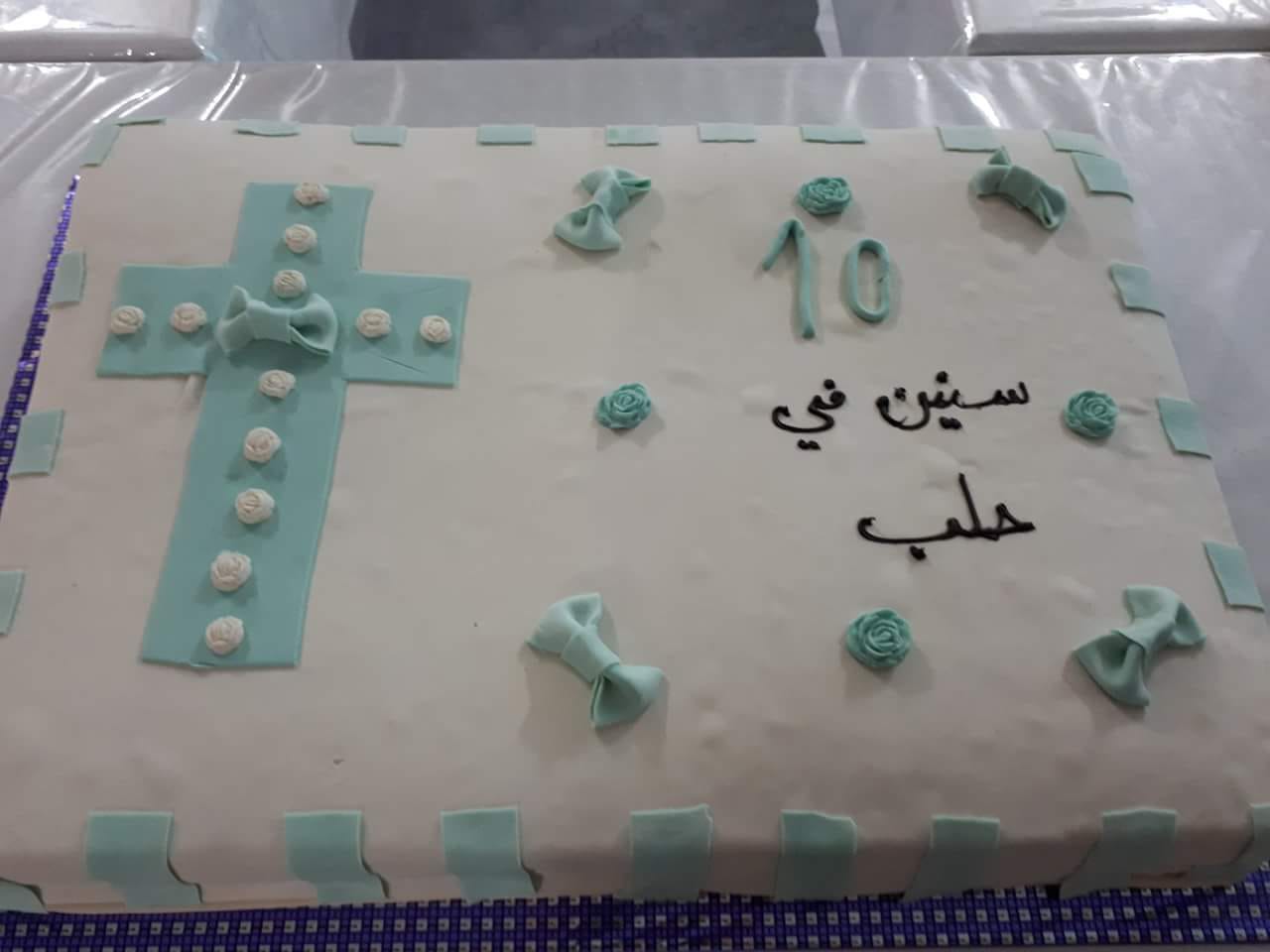