US Minor Seminary Trip to Argentina (Dec 2018)
The Saint Jose Sanchez del Rio Minor Seminary, located in Mankato–Minnesota, recently celebrated its 10-year anniversary. The Province of The Immaculate Conception has the honor of forming young vocations in the spirit of the Institute. Our junior and senior classes recently traveled to Argentina this past December and were able to witness firsthand those places where the Institute began and the environment that has given birth to many religious vocations. Some of the highlights of the pilgrimage included: Staying at our first Minor Seminary in San Rafael; witnessing the ordinations of 8 new priests and 1 deacon; visiting our Houses of Mercy and schools; being with the families of Bella Vista celebrated 62 vocations to religious life over the past 34 years!

Our group arrived to Buenos Aires Saturday morning, November 24th. Father Javier Ibarra, Deacon Andy Kmetz, and the eight seminarians were hosted by the families of Bella Vista, a suburb of Buenos Aires. We stayed with the Ibarra family that night and then drove 10 hours east to San Rafael. We were received and hosted by Father Miguel Grillo, rector of Saint John’s Minor Seminary, where we stayed for two weeks. In addition to our group, Father Gabriel Prado and the minor seminarians from Italy were also visiting, so it was a full house!

We participated in many of their normal activities – including their daily prayer, work, meals, and of course soccer, swimming (since it was summer time!). In all of this, we were able to capture a sense for their way of life. Certainly, there were differences between the minor seminary in the United States and Argentina, but the many similarities made it clear that we were all from the same family.

On December 1st, eight priests and one deacon were ordained by Bishop Eduardo Taussig at the Cathedral of San Rafael. In addition to the immediate celebrations, there were also many first masses and a 25-mile overnight pilgrimage to the shrine of Our Lady of Lujan! These were moments in which the spirit of the Institute’s charism was very evident. Certainly, the pilgrimage to Lujan will not be easily forgotten!

Our group also had the chance to visit several IVE Houses of Mercy and to witness these the services given to the weak and vulnerable. We visited both the male and female contemplative branches as well as the IVE schools.

Our entire group was extremely thankful for the opportunity to spend time at the Institute’s mother house and to see first hand the charism of our Institute being lived and perfected in time. Hopefully the many seeds that were planted during our short trip will continue to grow and mature. May our Lady of Lujan continue to bless this Province and particularly our minor seminary!
Saint José Sánchez del Río Minor Seminary 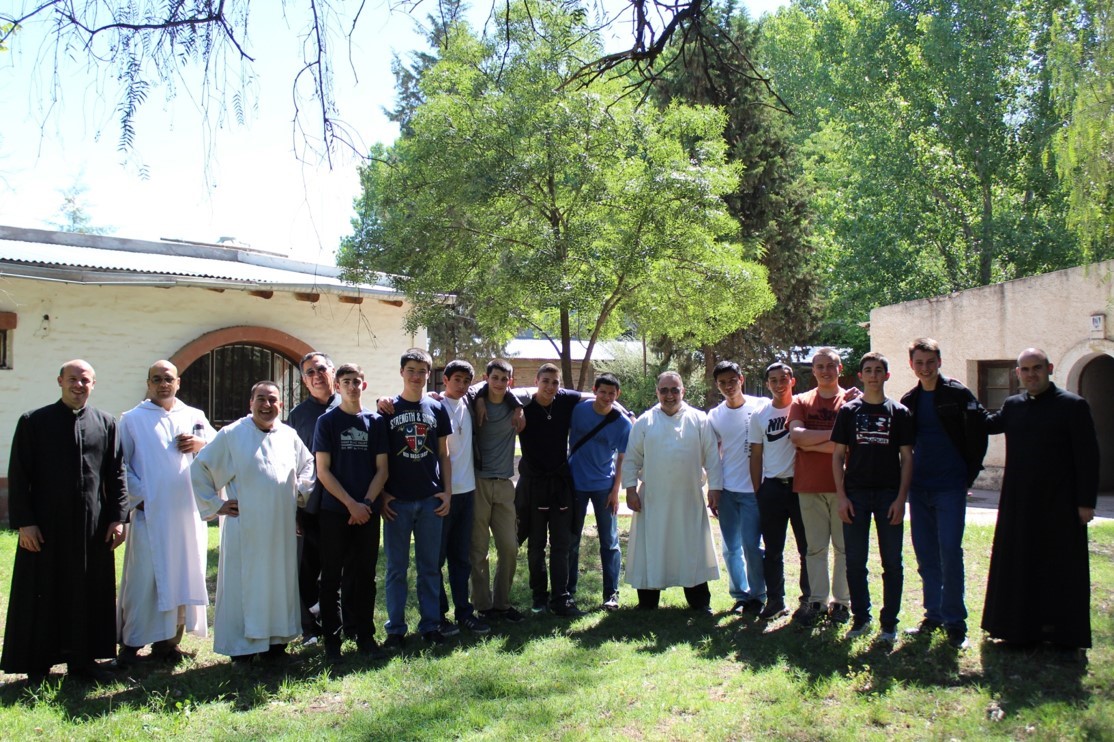 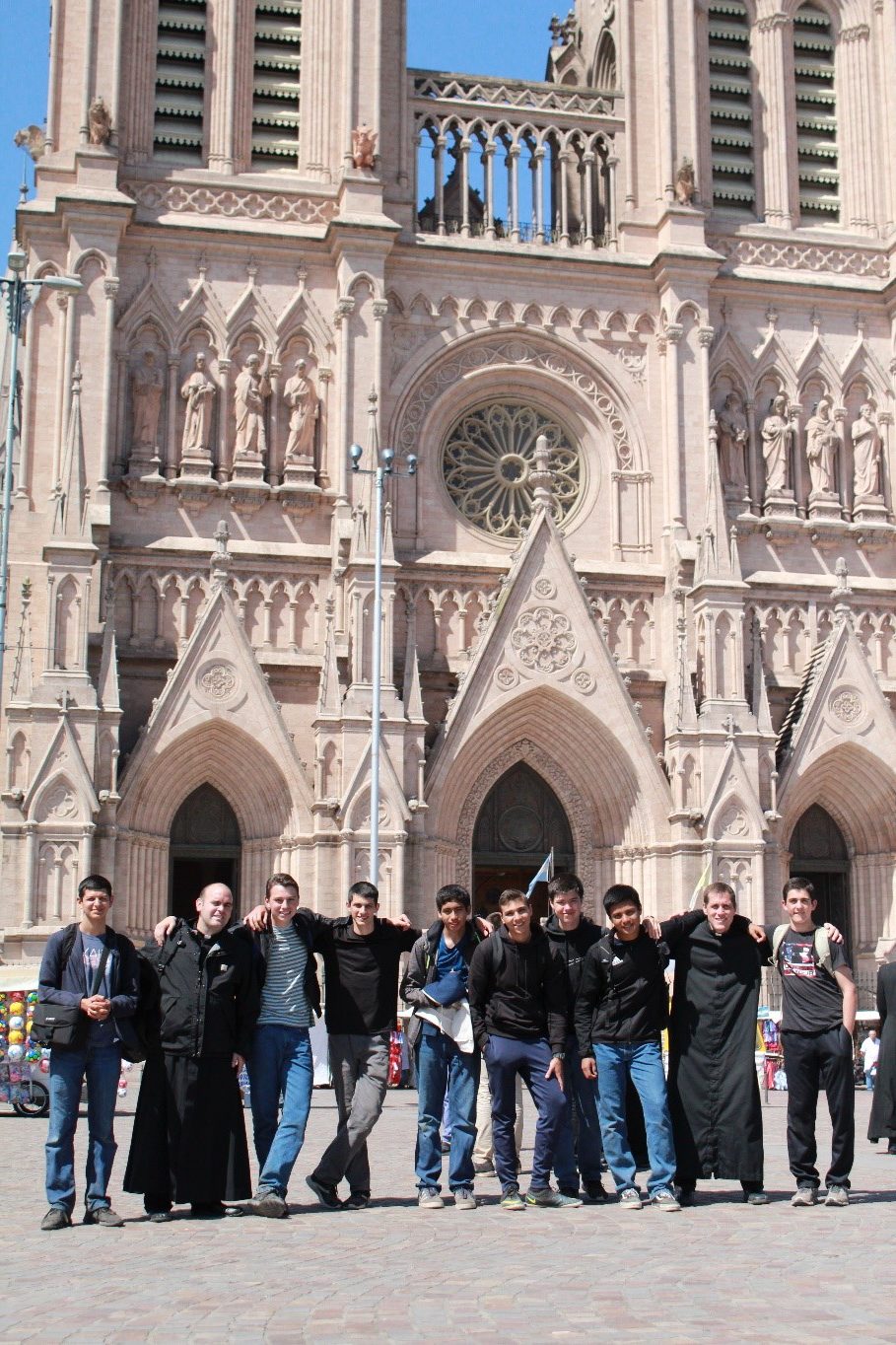 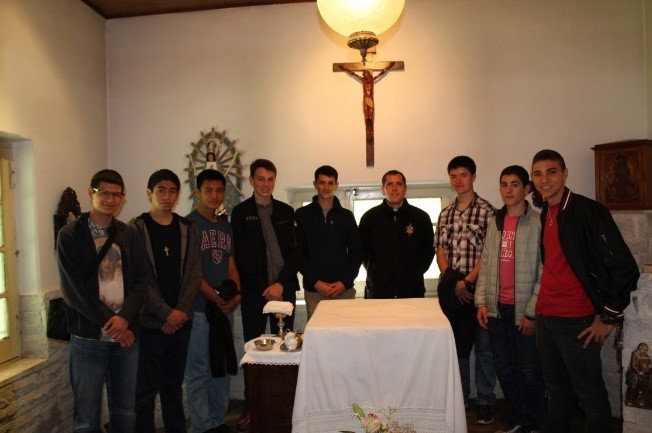 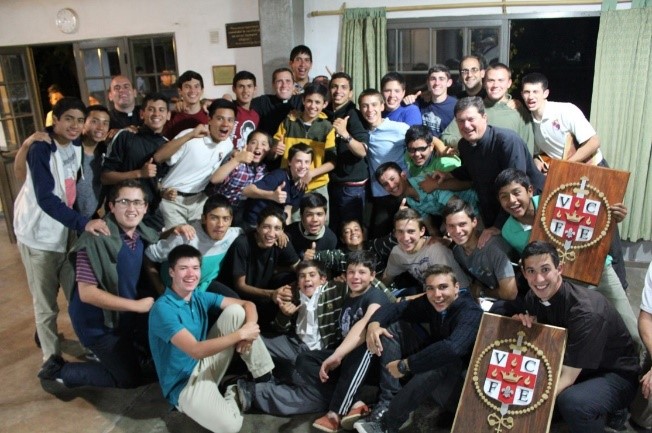 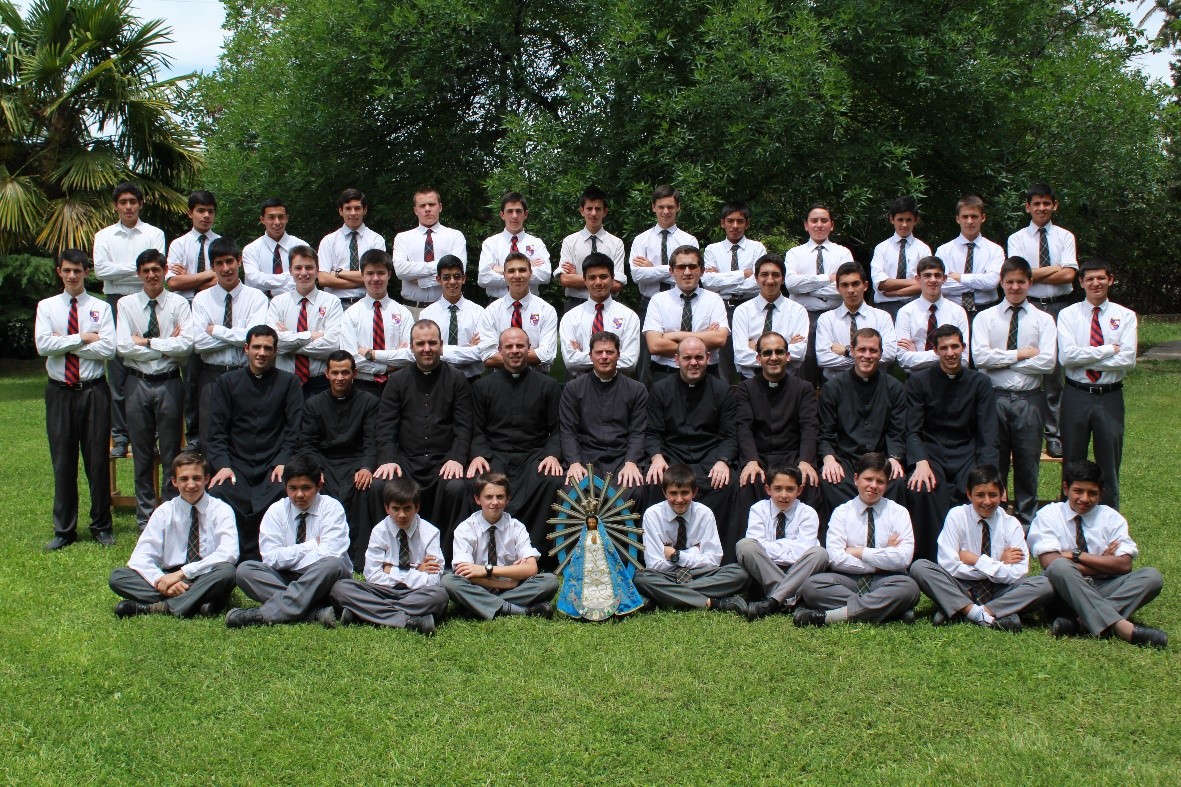