The Holiest of Weeks

“Hosanna to the Son of David!”
“Blessed is he who comes in the name of the Lord!”
“Hosanna in the highest!”

As we entered into the holiest of weeks, we heard the cry of the people praising and worshiping Jesus, the King of kings, and not soon after we heard the cry “Crucify Him! Crucify Him!” from the same crowd of people. I want to share a little about what Holy Week was like in the mission of North Philadelphia.

On Palm Sunday, we had a small procession from the parking lot of the parish into the Church. Father blessed the palm branches and the Deacon proclaimed the Gospel. Many people participated in this procession as a beautiful testimony of faith. They all processed into the church singing at the top of their lungs “Hosanna!”

In the Archdiocese of Philadelphia, we have the Chrism Mass on Holy Thursday morning. This year, Saint Veronica was asked to provide two Confirmation candidates to carry up one of the chrism vessels during the Holy Mass. Two boys from the youth group were chosen and they happily came with their family early in the morning to the Cathedral to prepare for the big Mass. Both boys were ecstatic about being asked to do this task. It was also wonderful to see so many priests present at the Mass and this was a reminder for all of us to pray for our priests and for their faithfulness to the Christ, the Eternal High Priest.

Later that night, we celebrated the Passover of the Lord and there were so many families that attended the Mass. On Good Friday the Sisters and two parishioners began the Seven Church Pilgrimage at 8am. While we walked we carried a wooden cross, an outward sign reminding everyone that our Savior died for us on this day. After 5 hours of walking through the streets of Philadelphia, we celebrated the Passion of the Lord, a two-hour service which many parishioners participated in. Following the service, our youth group and young adult members put on the Living Stations of the Cross outside in the streets. This was a special moment for the parish because many years ago St. Veronica had the tradition of doing the Living Stations so after a long time, the tradition was restored…and it was restored by our youth! After all the activities were done for the day, we invited the parishioners to join us in watching the Passion of the Christ movie in the hall of the Church.

When the time for the Easter Vigil arrived, we all had much hope in our souls. In the morning, we prayed in front of the abortion clinic for all the children who have lost their lives and the conversion of the people who kill the lives of the innocent children, and at the same time giving thanks for the mercy Christ showed in dying for all people. Then later, after a dinner with the Religious Family, we participated in the Paschal mystery of the Resurrection at the Easter Vigil. During this three hour Mass, 14 souls received the Sacraments of Baptism, First Holy Communion and Confirmation, and they were transformed into new persons, children of God.

“Don’t be alarmed,” he said. “You are looking for Jesus the Nazarene, who was crucified. He has risen! He is not here. See the place where they laid him.” –Mk 16:6 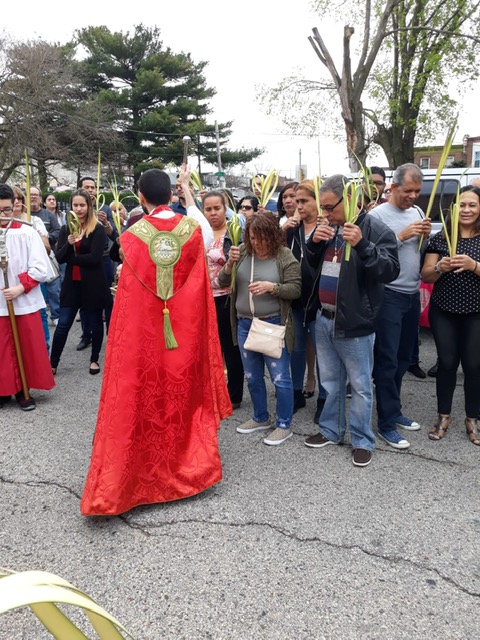 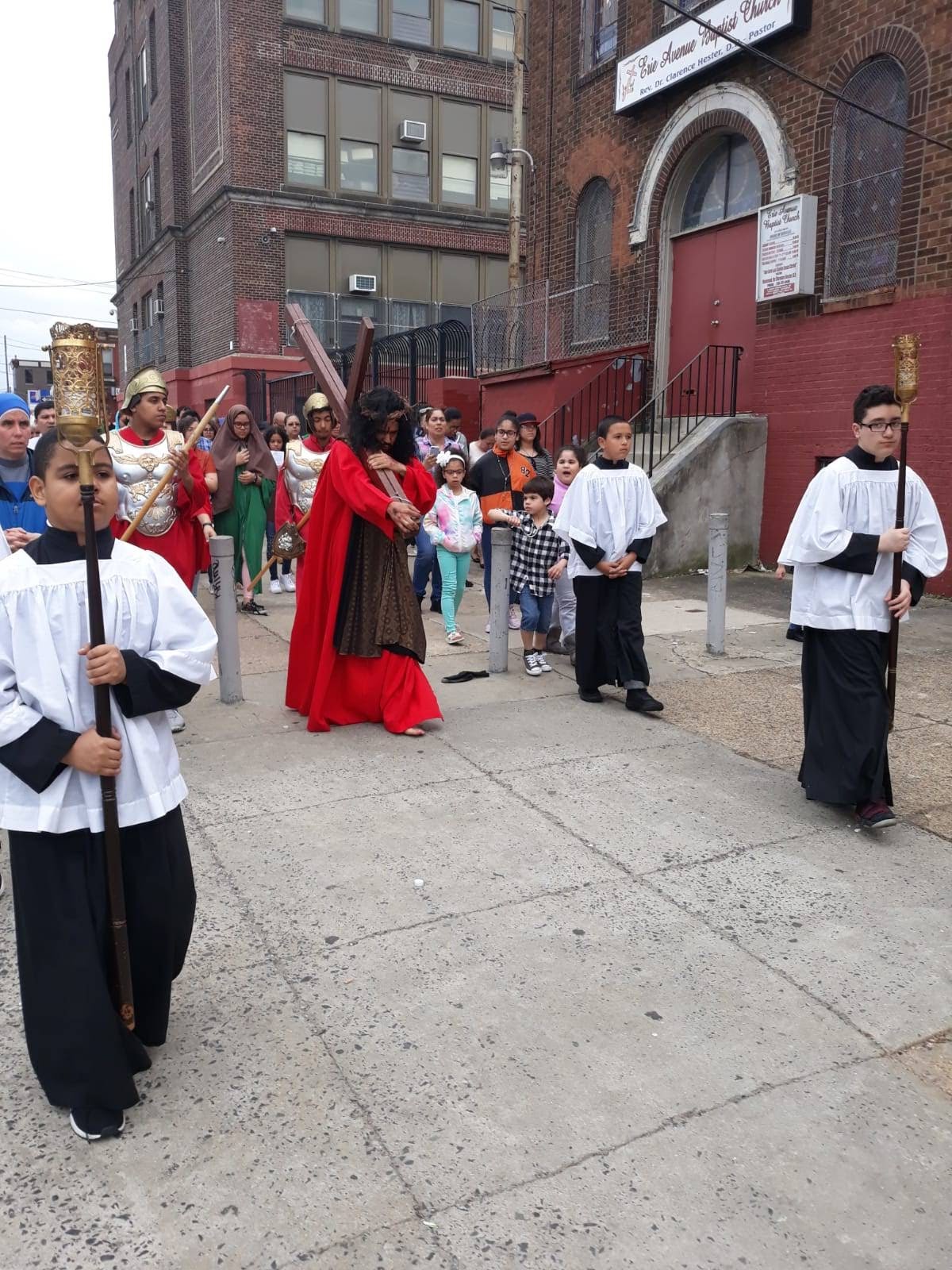 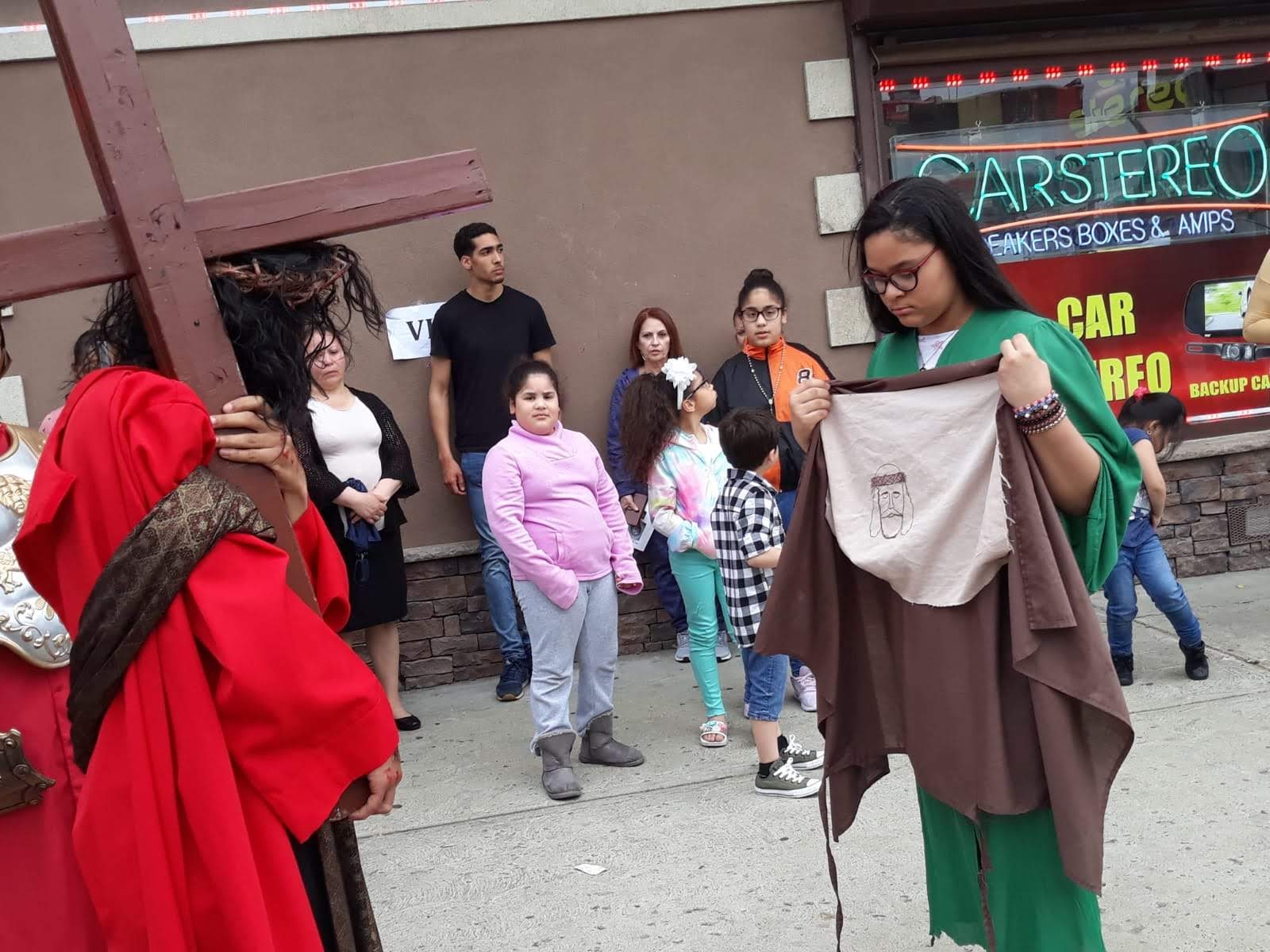 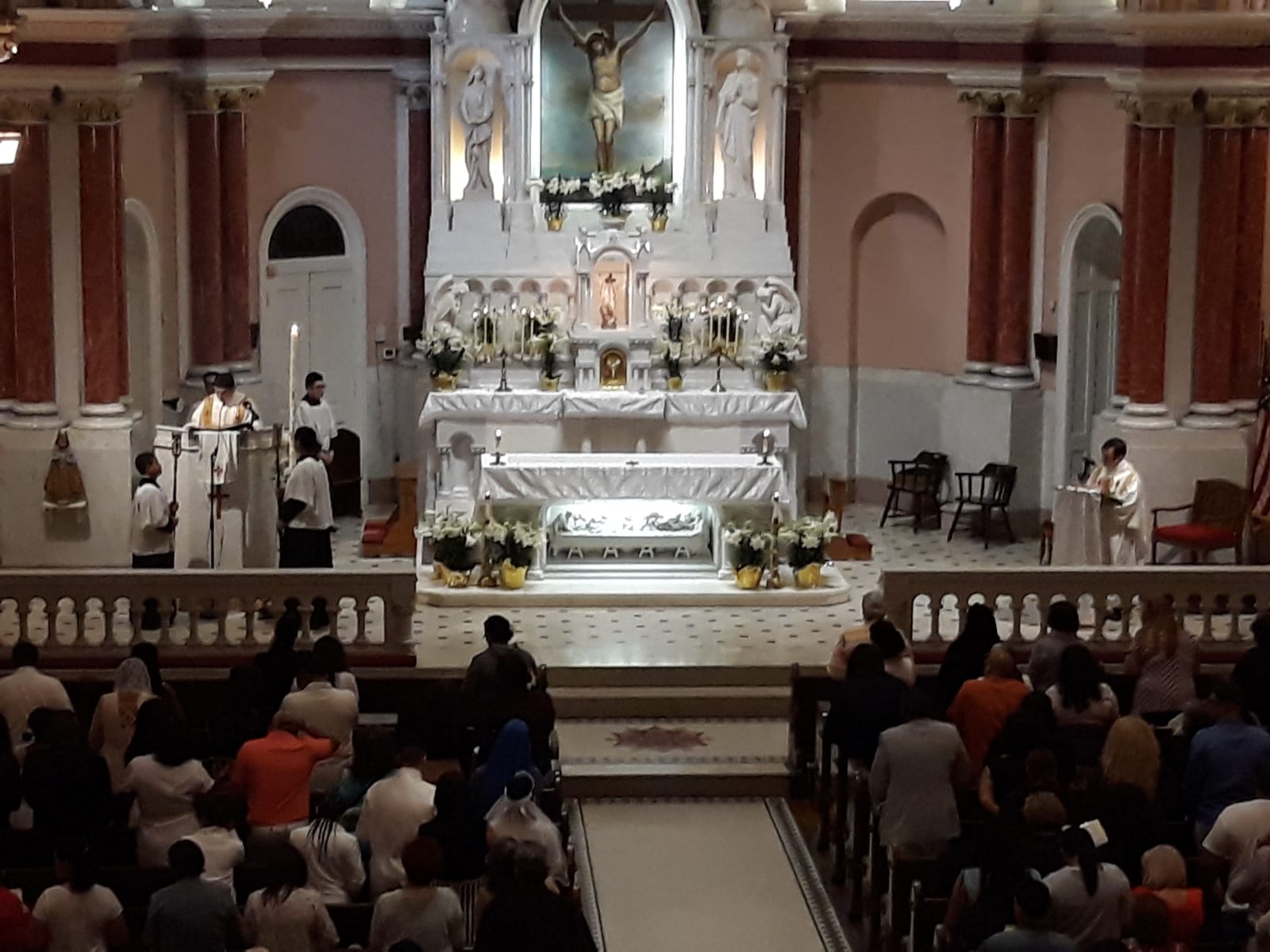 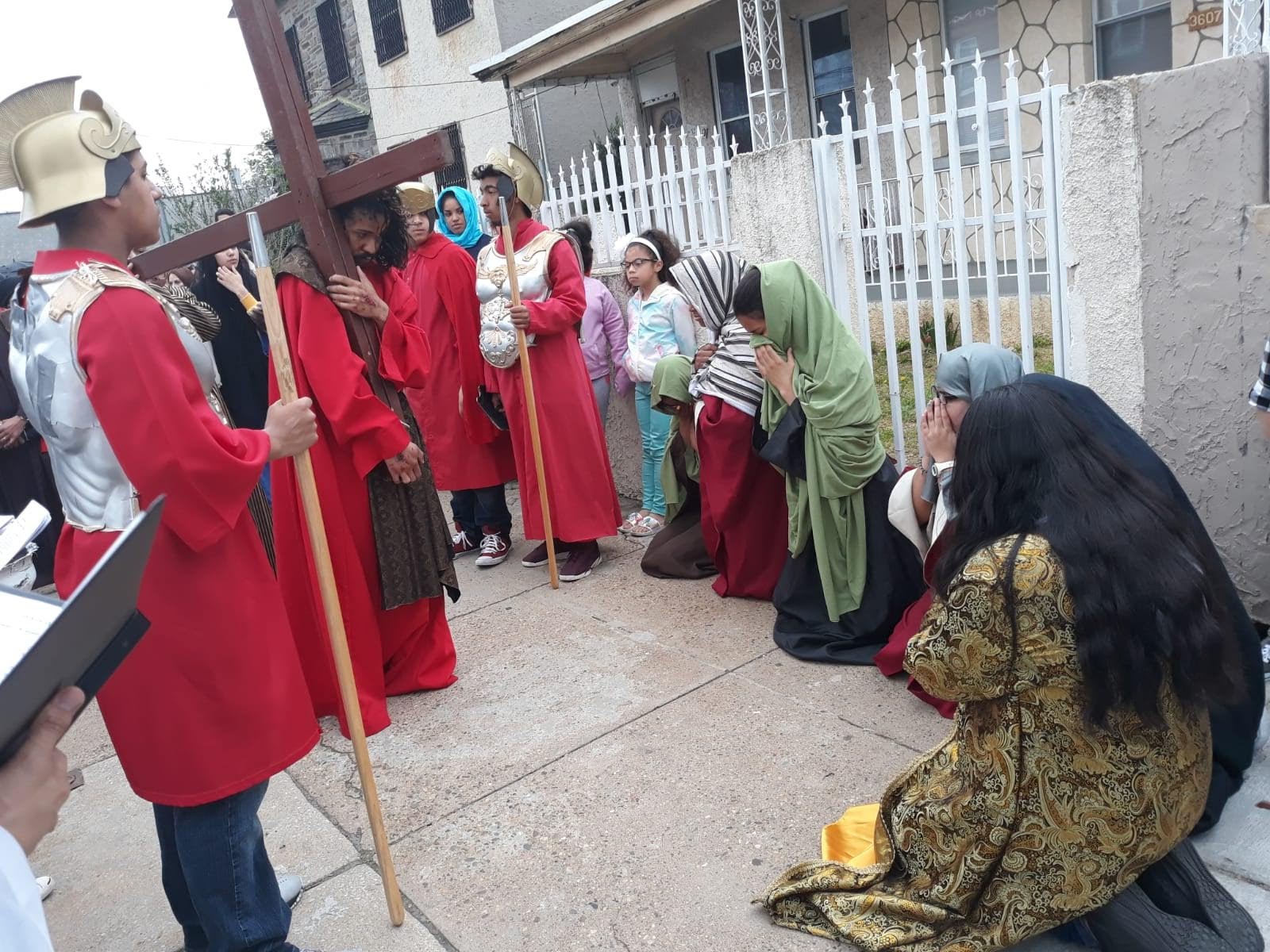 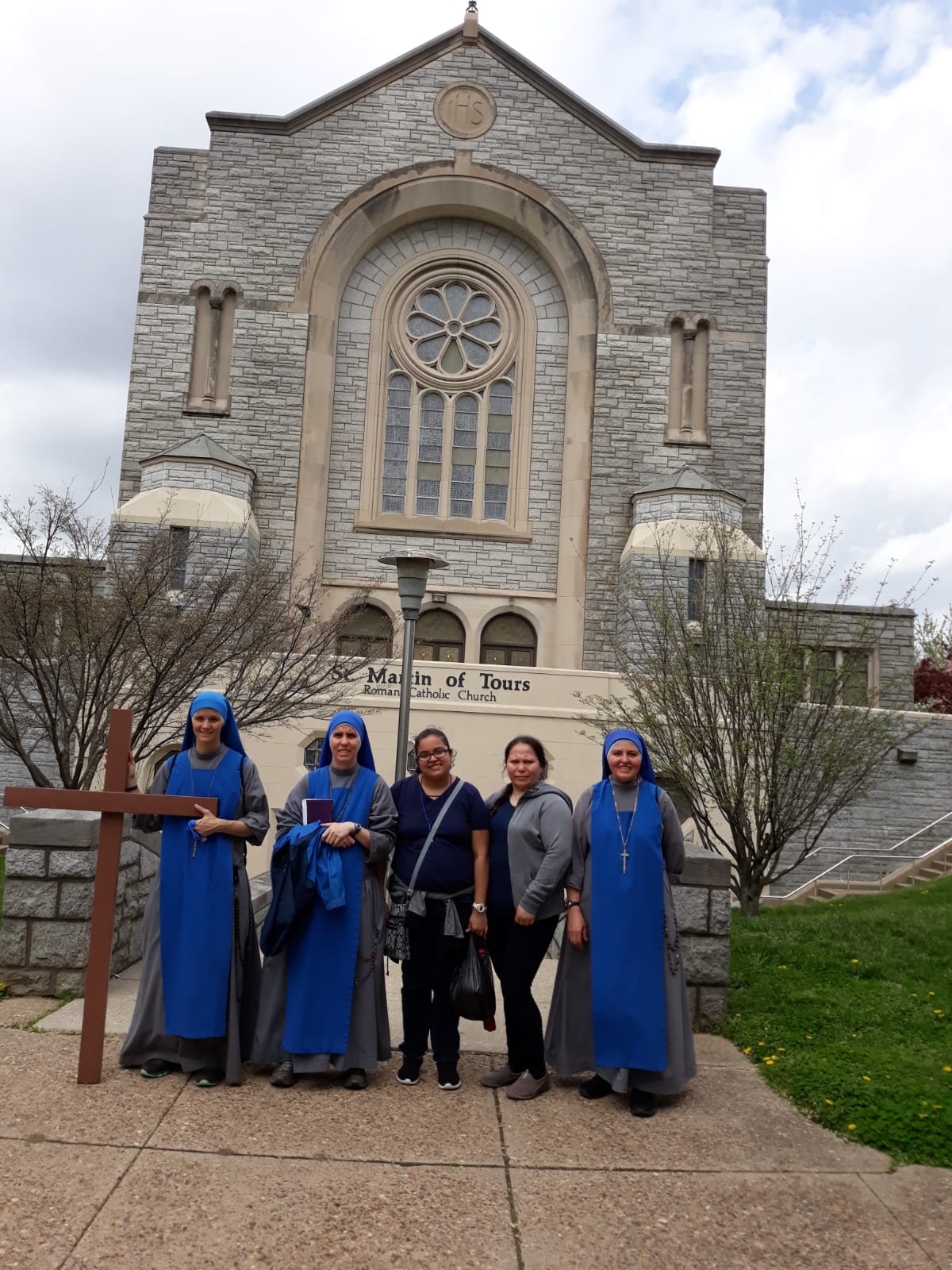 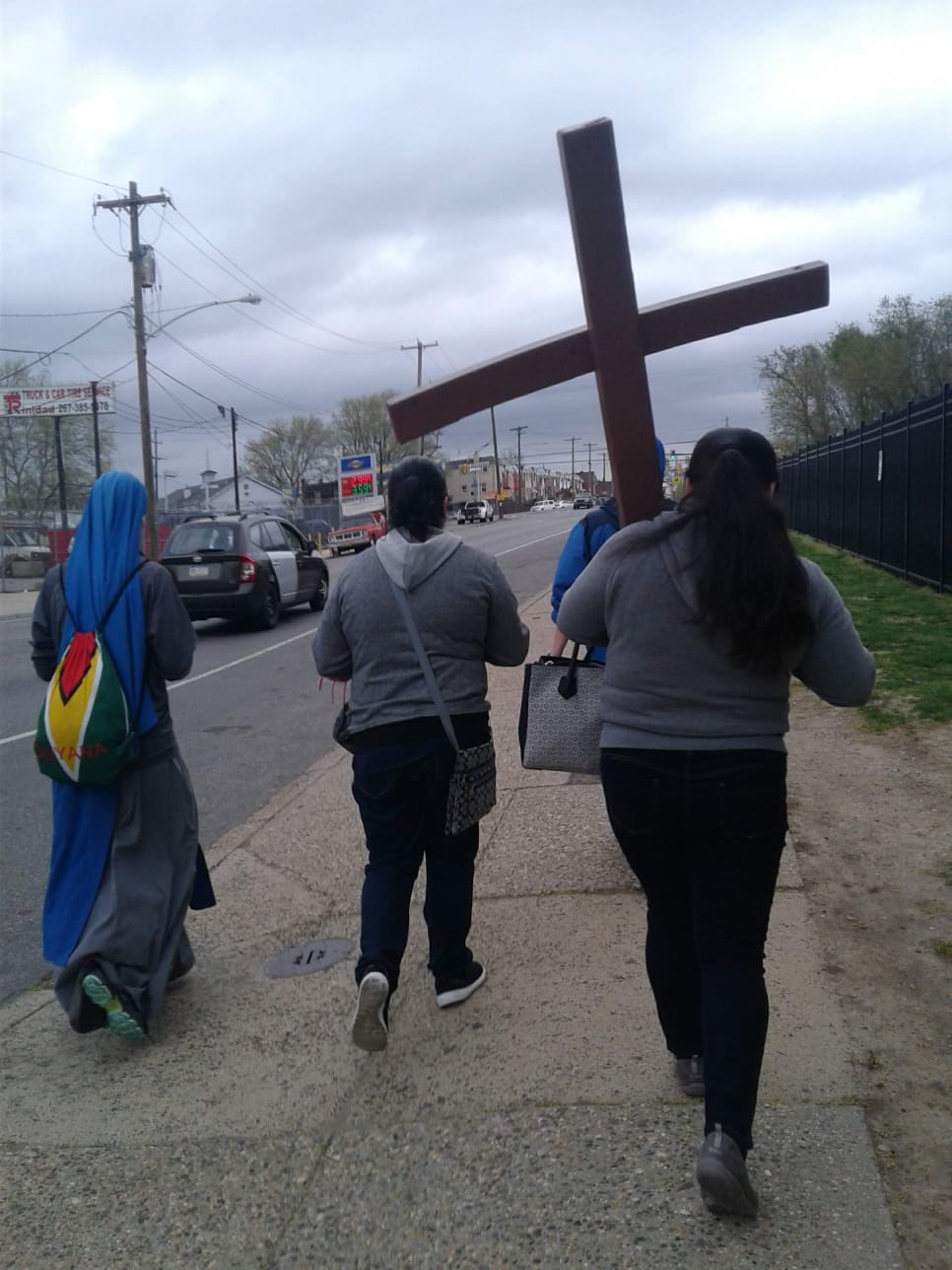 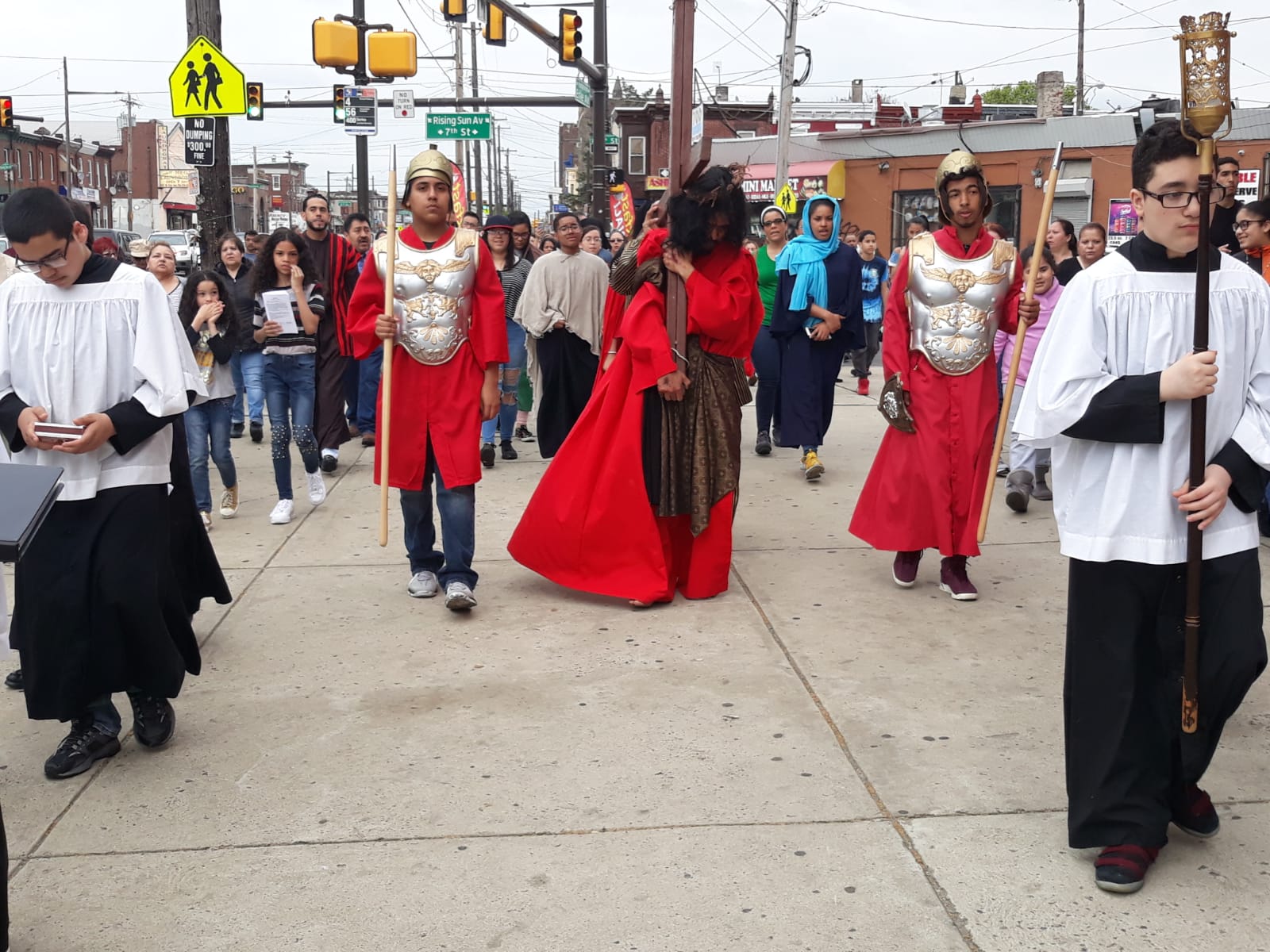 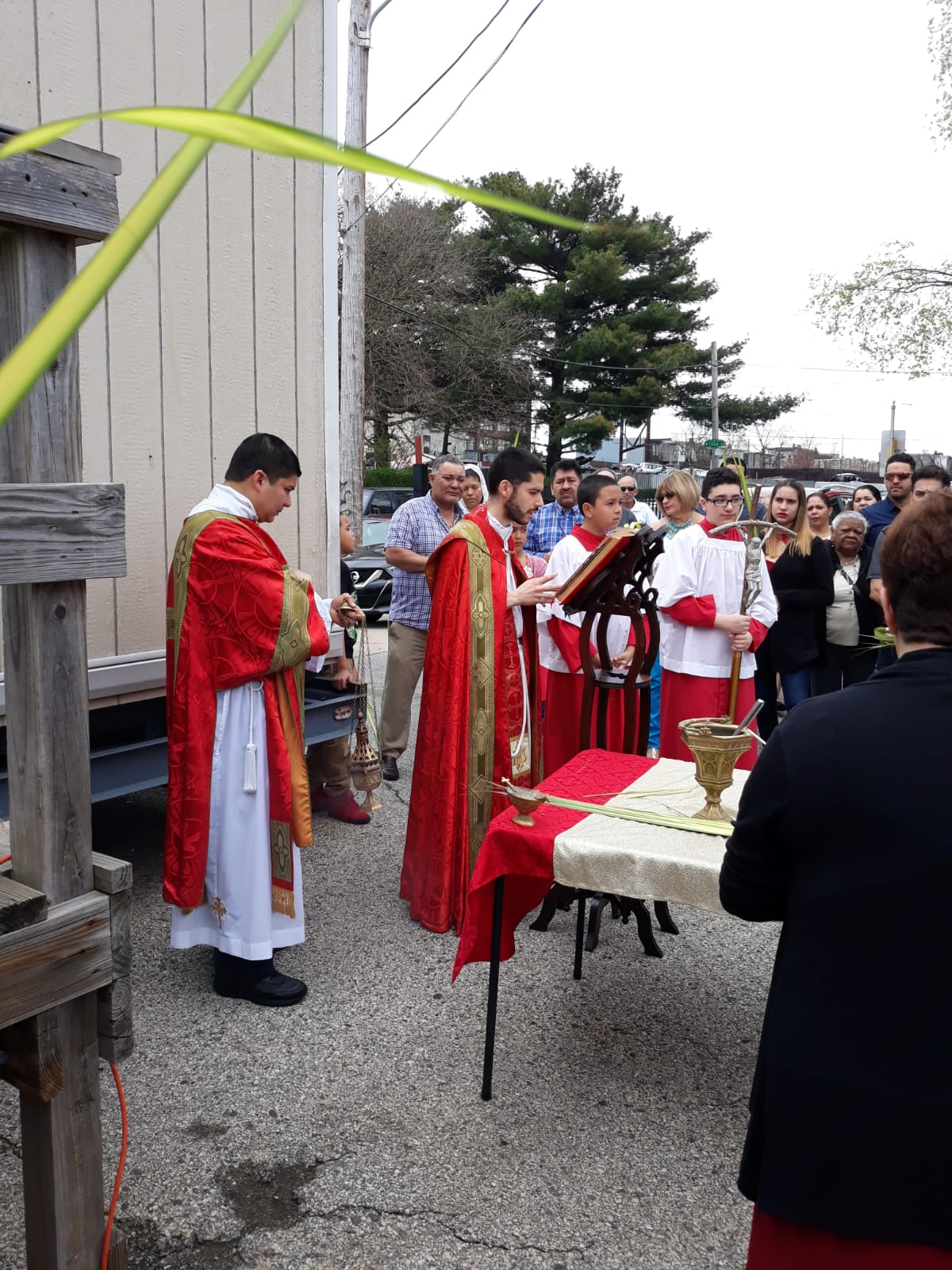