Priestly Ordinations in the United States and Italy

In the Saint Martin of Tours Home of Mercy in San Rafael, Argentina

In the School of Saint Pio in Ecuador

In the Parish of Saint Maximilian Kolbe in San Rafael, Argentina

In the Village of Waramo in Papua New Guinea

In Saint John the Baptist Parish in Osasco, Brazil

In the Saint John Paul II Parish in the City of Julia, Brazil

In the Parishes of Saint Clare and Saint Francis in Sao Paolo, Brazil

In the Saint Rose Parish in La Plata, Argentina

In the Parish of Saint Louis King of France in Guayaquil, Ecuador

New Foundation of the Servidoras in Nizhnevartovsk, Russia

We would like to share some great joy from our province, “Our Lady of Kazan” that will also be a joy for all of you: today, December 19th, on the feast of Saint Nicholas of Bari for the Greek-Catholic church, we officially opened the new community “Our Lady of Siberia” in the city of Nizhnevartovsk, Russia. The sisters will help with the parish (liturgy, catechesis, work with the children and families) in four different parish communities: three Greek-Catholic, and one of Latin Rite, under the care of a diocesan priest…

The First Mass Ever Celebrated in the Village of Ufigula, Tanzania

Patronal Feast of the Immaculate Conception in the Parish of Jabarovsk, Russia

Fifteenth Anniversary of the Saint Nicholas Home of Mercy in Ukraine

Tenth Anniversary of the Residence for University Students in Tunisia

Feast of Our Lady of Guadalupe in the Parish of Saints Peter and Paul in Mankato, United States

The statue of Our Lady was carried by the confirmation children and the procession ended with each child offering a flower in honor of the Mother of God.

In the Parish of Saint Joseph of Anchietta, Brazil

The praying of One Thousand Hail Marys, the renewal of the commitment of the Members of the Third Order, Consecration to Mary according to Saint Louis Marie, Consecration of the Daughters of Mary and a Christmas Concert to Honor the Mother of God on the day dedicated to her.

Reception of the Monastic Habit in the Shrine of Our Lady of Canneto, Italy 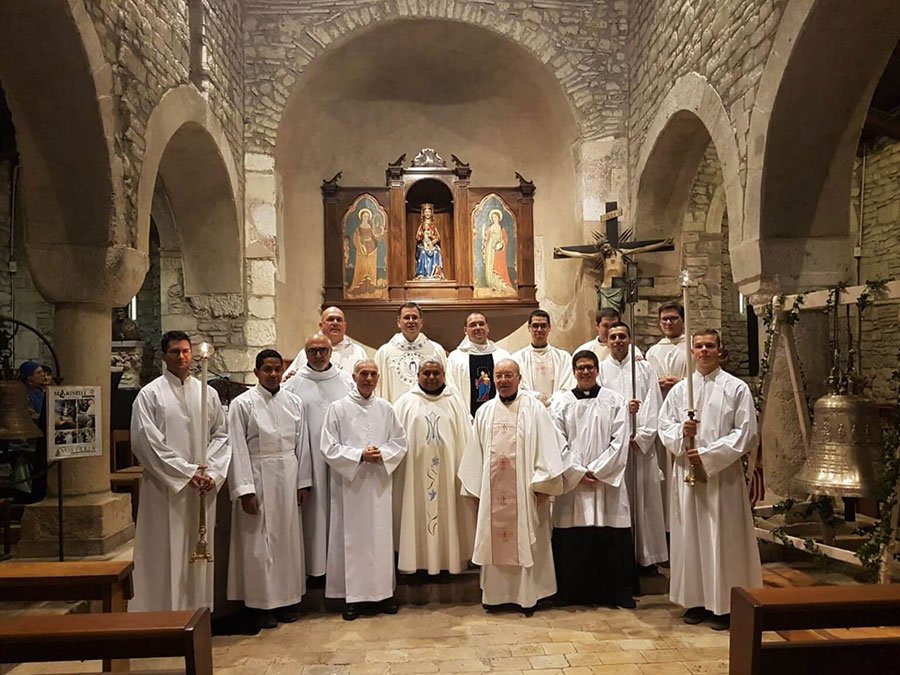 With great effort the youth of our choir gather to add solemnity to all of the feasts of our Cathedral. They come from different parts of the city and some from quite far, with the streets barricaded by manifestations and the control points by the military that increase the distance for regular traffic.

First Communions in the School of Makabata, Philippines

Posadas and Nativity Scenes in the Missions

In the Monastery of Our Lady of the Smile in Canetto, Italy

In the Holy Family Monastery in Sepphoris

In the Novitiate of the Servidoras in Tanzania

Apostolate in the Refugee Camp in Baghdad, Iraq

Christmas Activities in Hsinchu with the Pro Life Group

Heroic Night, Feast of Christ the King and of All Saints in the Parish of Our Lady of Lujan, Philippines

Communities of the Servidoras in Russia

The Persevering Work of the Orchestra in Papua New Guinea

Song to Our Lady by the Servidoras in Holland

Camp for Girls in Camana, Peru

Arranging the Nativity Scene in Lithania

Visitors to the Novitiate for the Investiture from Spain and Holland

Apostolate with Adolescents in Lithuania

Come and See in Peru

Pilgrimage to Our Lady of Loreto (In Italian)

The vocation: Fr. Ezequiel Ayala, missionary in Russia “Here I am, happy to have lost that day” (In Spanish)

Father Kevin Stolt shortly before his priestly ordination (In English, with Spanish subtitles)

Homily for the Third Sunday of Advent (In Spanish)

How much a Priest is Worth! (In Italian)

Called to be with Jesus (Portuguese)

Good Teacher, What Must I do to Inherit Eternal Life? (In Spanish)

Hope for Gaza – How the Small Christian Community Lives (in Italian)