A New Foundation: A Tabernacle and Our Lady of Lujan in Dundalk, Maryland

A New Foundation: a Tabernacle and Our Lady of Lujan in Dundalk, Maryland. This foundation stands firm on the witness of the many Spouses of Christ who have served here before us. By the providence of God, our new mission allows a Tabernacle that had been empty to once again be filled. Jesus, truly present in the Blessed Sacrament, is now adored daily in the convent Chapel, and He is together with an image of His Blessed Mother: Our Lady of Lujan, Patroness of the Religious Family, who has a new place of honor next to this Tabernacle. Our new foundation began on May 31, 2020, the Solemnity of Pentecost. Our convent is in Dundalk, Maryland, which is located outside of Baltimore. We will be serving the pastorate of Sacred Heart of Mary Parish, Our Lady of Fatima Parish, and St. Rita Parish. The IVE Fathers began serving this Pastorate one year ago.

For the opening of the mission, we were accompanied by Mother Immaculate Conception, our Provincial Superior as well as Mother Bon Secours. During the Holy Mass of Pentecost, we received a blessing for the beginning of our ministry. While the people were not able to join for the Mass due to the COVID-19 regulations, it was live streamed, and we were able to send a video message to the people who are eagerly awaiting the return to Church. Later that day, our convent was blessed by the pastor and chaplain, Fr. Mariano Varela, IVE who was accompanied by Fr. Miguel Zavala, IVE. For the opening, we were also joined by the Religious who also serve in the Pastorate, Br. William Ciganek, CFX, a Xaverian Brother who grew up in the parish and also two sisters who are Missionaries of Perpetual Help and live at Our Lady of Fatima parish, which is part of our Pastorate.

During the blessing, we brought in procession the first class relic of the Patroness of our new community, Blessed Mary of Jesus the Good Shepherd whose motto was “Thy Will be Done.” She is a Polish missionary sister who founded the Congregation of the Sisters of the Holy Family of Nazareth in 1875. Sisters of her Congregation served for many years in Dundalk and used to live in the convent that we are now living in. Also, we have a Co-Patroness, Servant of God Mother Mary Lange, foundress of the Oblate Sisters of Providence. The evangelization of the Baltimore area owes much to the apostolic work of Mother Mary Lange and her Sisters. Her motto was “Providence will provide.” She is buried in the Motherhouse of the Oblate Sisters of Providence in Baltimore, Maryland. We hope to continue building on the foundation of these holy Religious Sisters who served this area. We are grateful for their example of missionary zeal and fidelity to Religious Life in the Baltimore community.

We give thanks to God for this new mission, and the role that He has given us in continuing the Catholic presence and mission in the Archdiocese of Baltimore, the first Diocese in the United States. We ask Blessed Mary of Jesus the Good Shepherd and Mother Lange’s intercession that we too may faithfully serve the souls entrusted to our care. Along with the intercession of our Patronesses, we pray for the fruits of this new mission through the intercession of St. John Paul II who was the first pope to visit Baltimore. ¡Viva la misión! 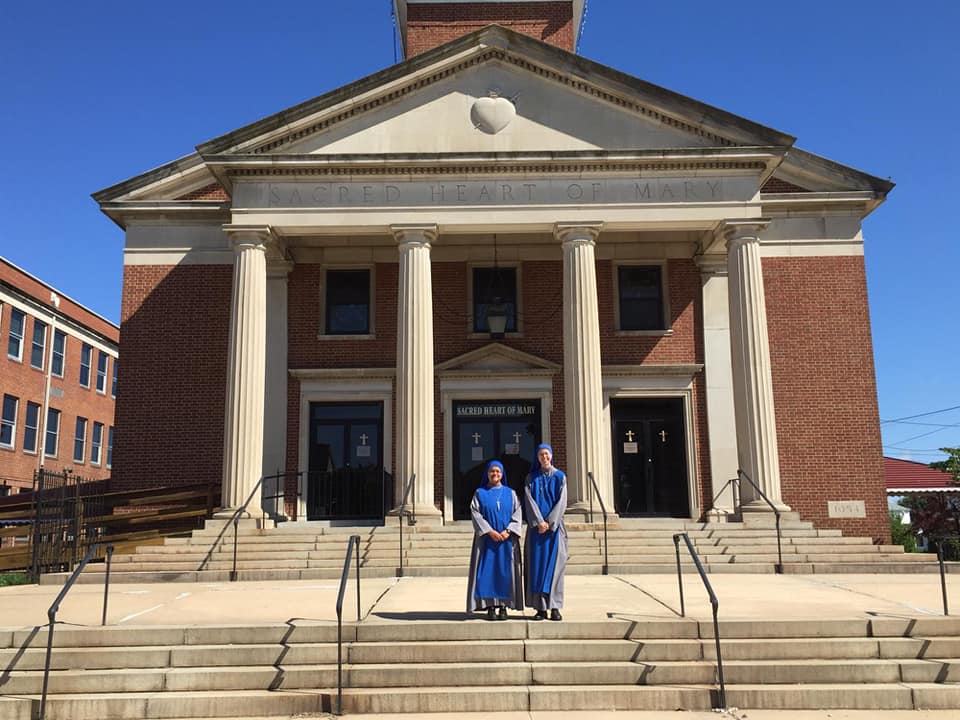 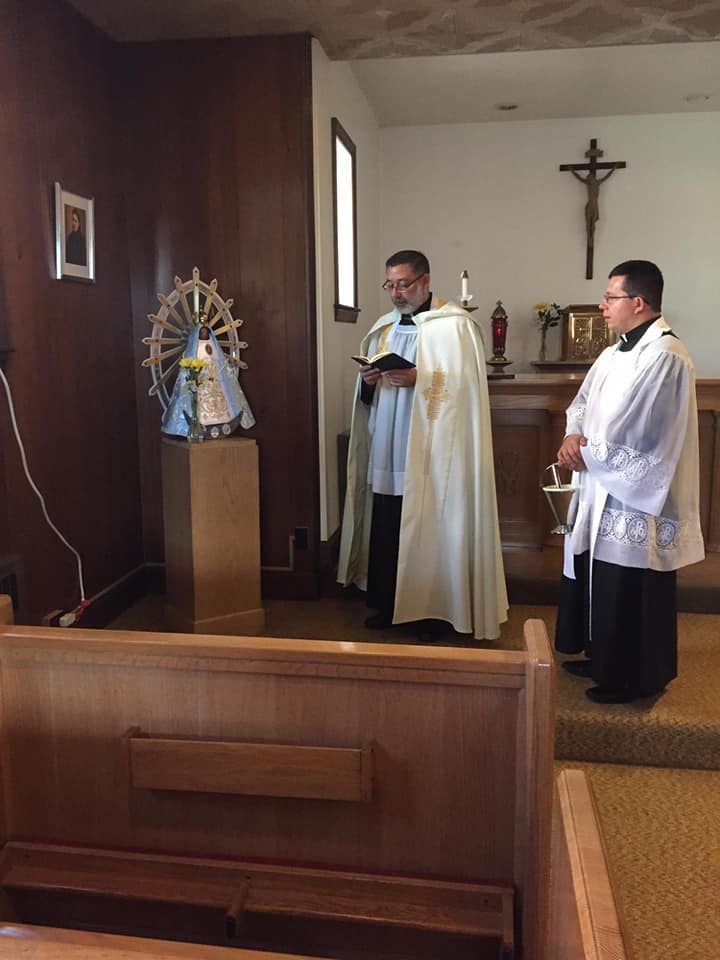 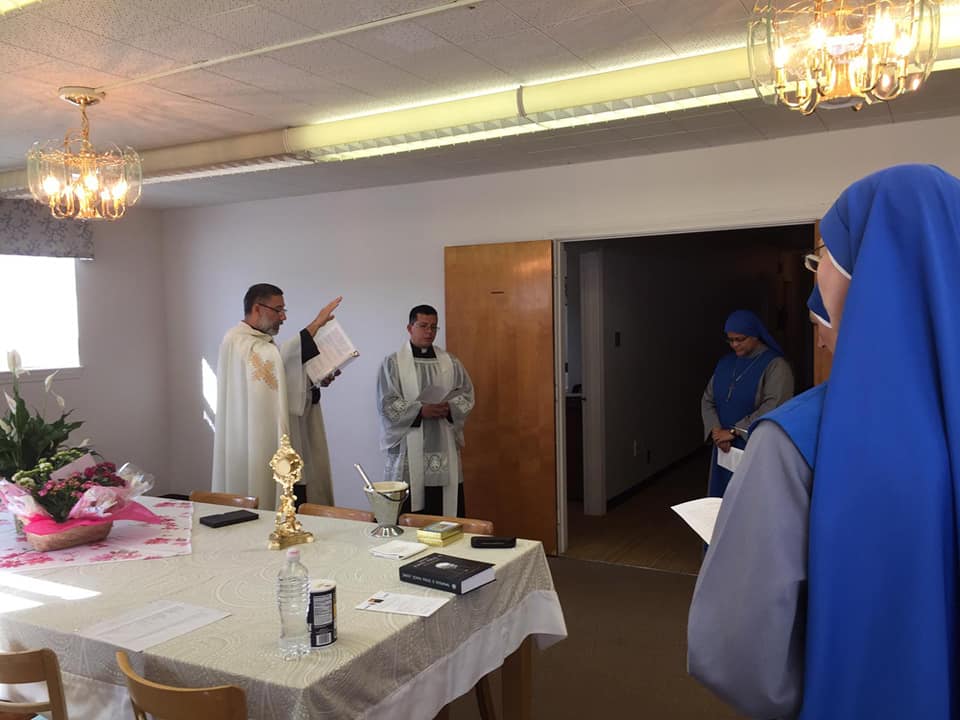 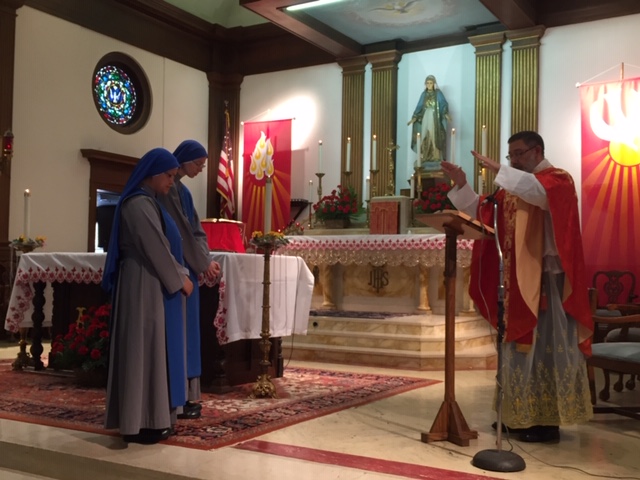 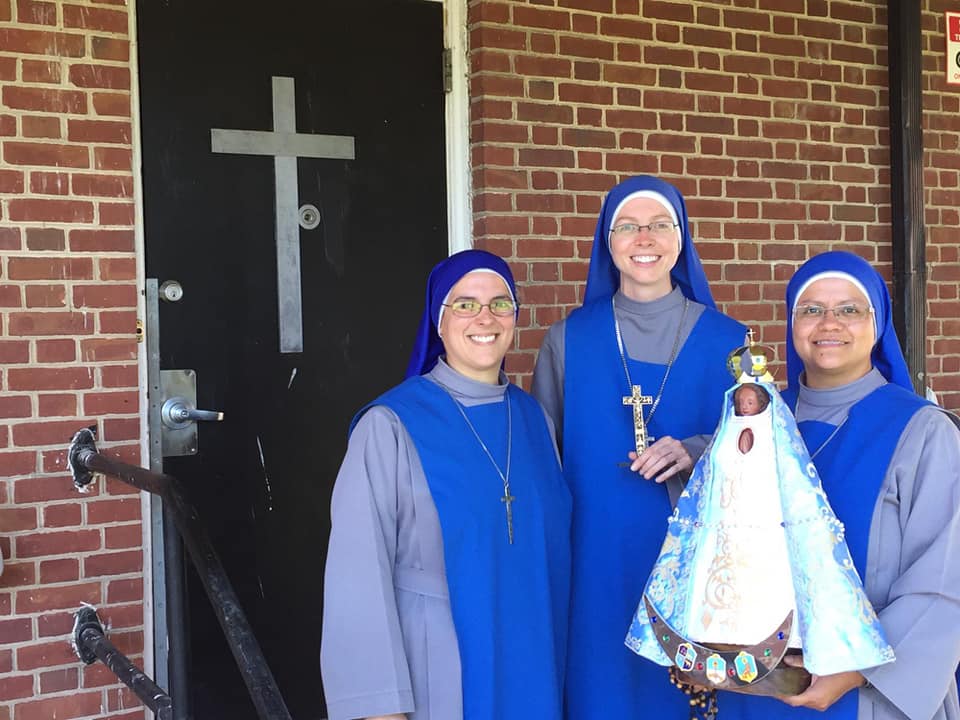