Our Lady of Luján

Patroness of The Institute of the Incarnate Word 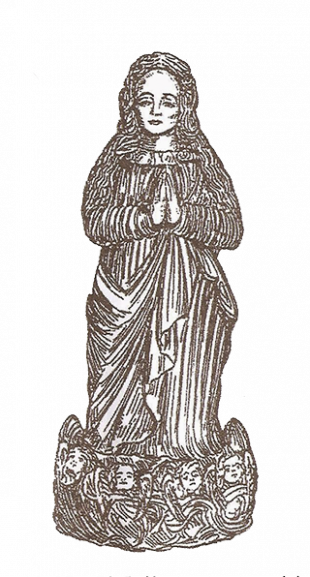 The Miracle of Lujan

The history of the devotion to Our Lady of Lujan began in 1630 when Antonio Farías de Sáa, a Portuguese estate owner from Santiago de Estero, decided to build a chapel in Sumampa, Argentina, for venerating Our Lady. He then requested from a friend, a sailor, to bring him a small statue of Our Lady for this chapel. The friend responded by sending two statues: one of Mary, Mother of God, and one of Our Lady of the Immaculate Conception.

After their safe sea crossing, the statues were then placed on a cart in Buenos Aires to make their journey inland. When the transport caravan arrived at the Lujan River, however, something strange took place: the ox-pulled cart carrying the images of Our Lady would not budge.

After their safe sea crossing, the statues were then placed on a cart in Buenos Aires to make their journey inland. When the transport caravan arrived at the Lujan River, the men accompanying the precious cargo decided to spend the night at the Tomás Rosendo Inn. The following morning, however, something strange took place: the ox-pulled cart carrying the images of Our Lady would not budge. All efforts to move the cart were unsuccessful until the image of Our Lady of the Immaculate Conception was unloaded. As soon as the image was off the cart, with the other image remaining inside, the cart was able to be pulled with ease.

It was understood by the men that this was a sign from God; Our Lady wanted to remain there, for it was in Lujan that she was to be venerated. Thus, the image of Our Lady of the Immaculate Conception would stay while the other would continue on its journey northward to Sumampa. The statue of the Immaculate Conception, enrobed in an ornate blue-and-white dress, was then enthroned in a small wayside chapel.

In the meantime, other miracles and healings occurred. A man by the name of “Negro Manuel” was entrusted with keeping vigil to the Virgin at the chapel; his devotion to her would be widely known throughout the region as he served her for 40 years. In 1671, a woman named Doña Ana de Matos donated land from her hacienda to increase the size of the shrine as well as provide for the construction of places for pilgrims to stay. These albergues grew and grew to such an extent that by 1682, the de facto settlement became the City of Lujan.

Our Lady of Lujan would continue to bestow her blessings and win the devotion of her people for many years to come. May 8, 1887, Monsignor Federico Leon Aneiros, archbishop of Buenos Aires, placed on Our Lady of Lujan a gold imperial crown blessed by Pope Leo XII. In commemoration of this event, her feast day has been celebrated on May 8 annually ever since.

Our Lady of Lujan would become so widely beloved that many famous dignitaries, prelates, and personalities have visited her throughout the years. Manuel Belgrano, founding father of Argentina, visited the shrine both in 1812 and 1813, as well as in 1823, Lujan received José San Martin, leader of South America’s independence movement. In 1824, Giovanni Mastai Ferreti, the man who would later become Blessed Pope Pius IX, paid a visit to the church as an assistant to the apostolic vicar at the time. In 1895, St. Francis Xavier Cabrini came to Lujan on pilgrimage, and Saint Luigi Orione visited the shrine several times between 1921 and 1935. In 1934, Cardinal Eugenio Pacelli – who would later become Pope Pius XII – visited Lujan as Papal Legate to the International Eucharstic Congress held in Buenos Aires that year. Saint Josemaría Escrivá came on a pilgrimage in 1974, and on June 11, 1982, Pope Saint John Paul the Great visited the shrine with a Golden Rose in tow.

The Basilica of Our Lady of Lujan 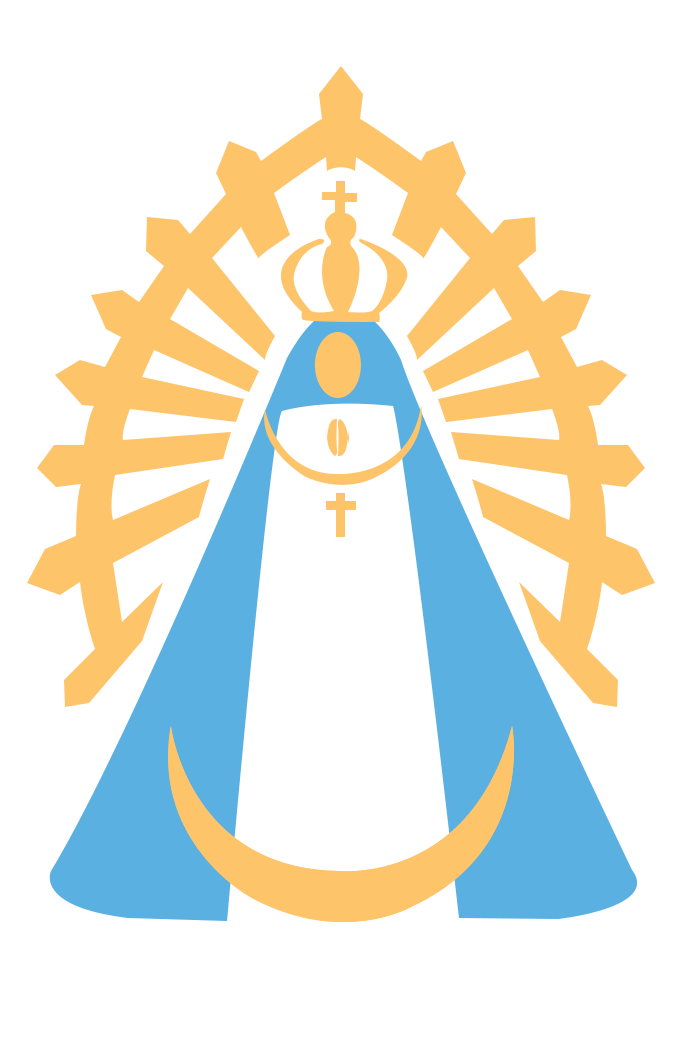 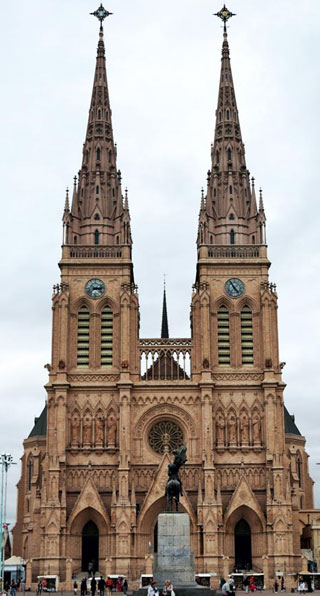 History of Lujan and the IVE

Fr. Carlos Miguel Buela can remember the day he was a seminarian in which he knelt down at the right-hand communion rail in the basilica of Lujan, asking her to guide his and numerous other religious and priestly vocations. Years later, however, during the Institute’s initial founding, Fr. Buela was reluctant to name Our Lady of Lujan as its patroness, due to the fact that he did not want to impose a particular devotion or have the title “Lujan” compete with the 30,000 other titles attributed to Our Lady. Nevertheless, Fr. Buela discerned in 1999 that it was time to promote Our Lady of Lujan in by initiating “Project Lujan,” for several reasons. First, Our Lady of Lujan was the recipient of the highest number of particular devotions among IVE missionaries. Second, Our Lady of Lujan is the patroness of Argentina, the nation in which the Institute was born. And third, the many blessings and graces bestowed upon the Institute have been attributed to the intercession of Our Lady of Lujan.

As patroness of the missionaries of the Religious Family of the Incarnate Word, Our Lady of Lujan continues to journey to foreign lands, attracting the hearts of all men and encouraging them to accompany her at the foot of the Cross, the instrument of Redemption and sign of evangelization. 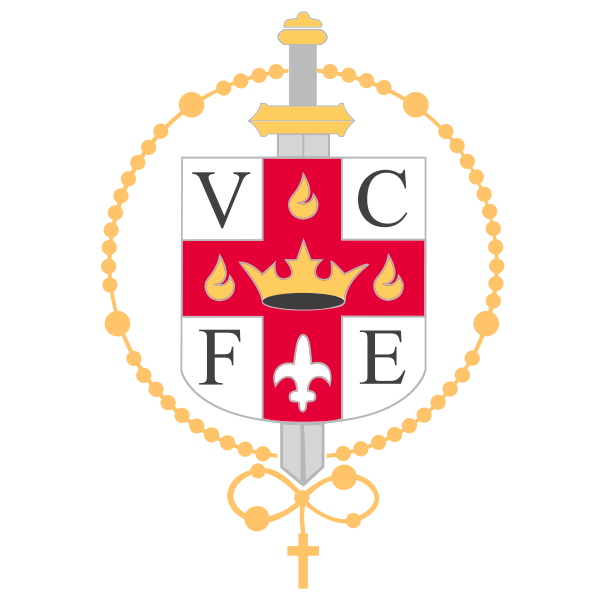